My attempt at standup comedy

This week I performed a standup comedy show, this is the story of how I got there... 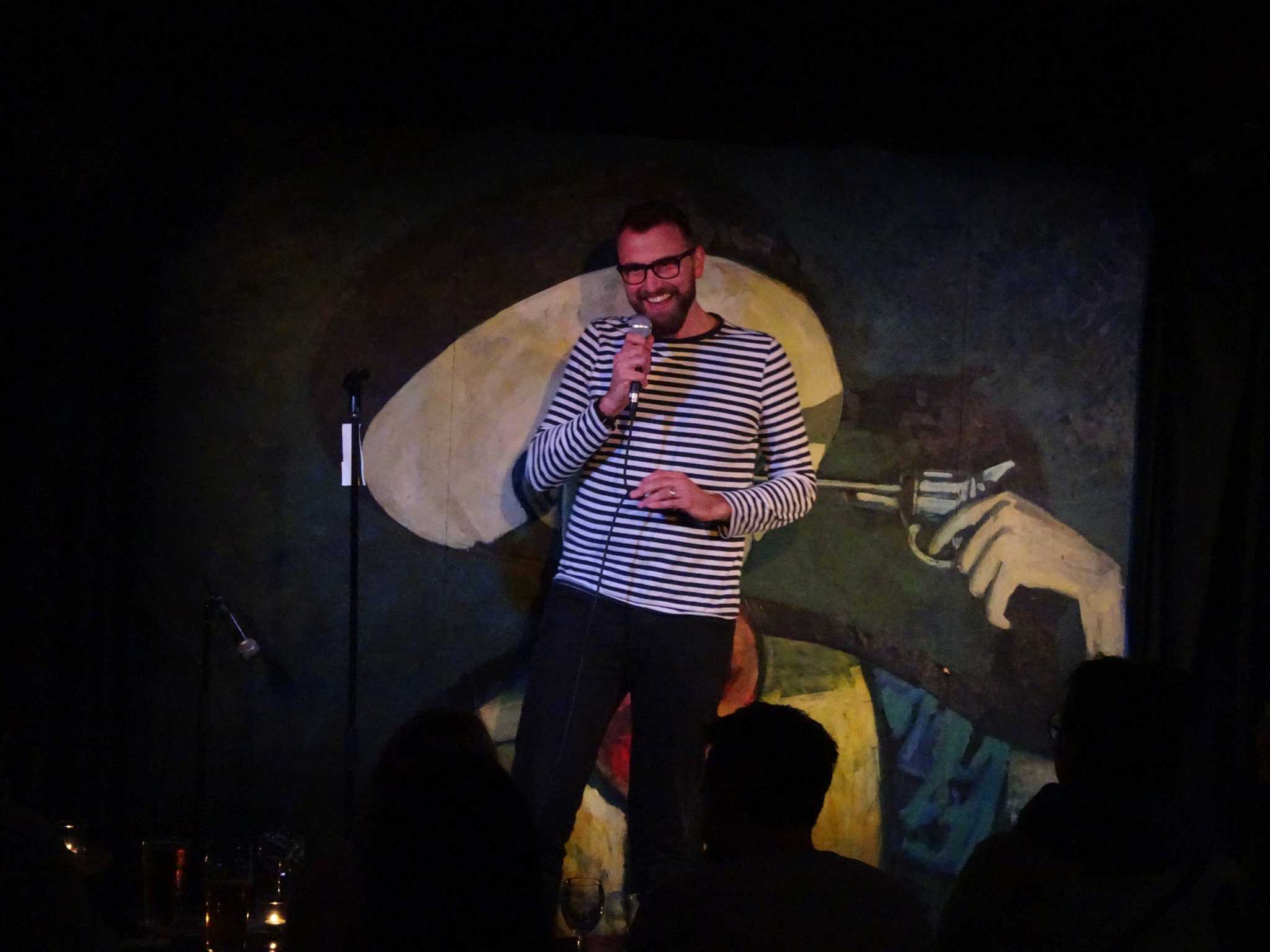 At the start of 2019 I heard an interview with a comedian on a podcast, she explained how she thought that everybody should try doing standup comedy at least once. I heard this and took note. I quite like performing in front of people and I quite like a challenge. I vaguely through it might be a fun thing to try and mostly forgot about it.

Then, a few months later, the Data Lab in Edinburgh announced they were running a data themed comedy night in collaboration with the Edinburgh Bright Club. This seemed like just the opportunity, so I put my name forward and was accepted!

If you haven't heard of it: Bright Club is a comedy club that was first set up in London about 10 years ago. The idea is that they get academics to speak about their research in a comedy club, as standup comedians. The target audience is the general public rather than a specialist crowd of academics/experts. The aim is to both educate and entertain. It has been really successful and has spread all over the UK.

Bright Club (in the shape of Dan Ridley-Ellis) provided training and feedback on my material, and were generally really supportive. I went to an initial training session in Edinburgh where they gave us some general tips on things like mic technique and how to write a script. I left this session a little terrified.

The second session (the next week) was a run through of our 'material', this came around very quickly and I wrote most of my set on the train on the way to Edinburgh in something of a panic. After running through it and getting a couple of laughs at the right places I was a bit more relaxed about the whole thing than I had been.

On the night of the show, everybody had a run through on stage at The Stand, then we had a little while to wait while everybody arrived. The show had sold really well and we were expecting a sell out. I was on first, and after a fantastic warm up from proper comedian (+ pelvic health physiotherapist) Elaine Miller, it was me.

Here is a video of my set.

You can judge for yourselves, but I was fairly happy with it for my first ever standup performance. The main thing I regret is trying to have some notes on a post-it note that I kept trying to stick to the mic stand. I didn't really need them, but for the first few minutes they just distracted me as they kept falling off. Once I decided to put them in my pocket the set started going better.

Aside from that, I was happy with how it went and really enjoyed the whole experience. I might even try it again sometime...